The Impact of the ARIADNEplus Project on Italian Archaeology: the Standardisation and Data Sharing Process

In recent decades, the so-called “digital revolution” has profoundly transformed the ways in which archaeological data are published, examined and reused. Digital technologies facilitate data access, without the limitations and inconveniences caused by the need to travel to reach paper archives and consult them. In recent times, the health emergency caused by the spread of COVID-19 has further highlighted how the chance to access digital data and documents is needed for the continuation of the research and the safeguarding of activities under particular conditions (emergency, lack of time or huge expense to reach libraries, archives etc.). Both cultural heritage protection activities and administrative functions, carried out by the staff of the Ministry of Culture – MiC, were guaranteed only thanks to the availability of online digital tools. This experience has, therefore, highlighted an extremely heterogeneous national panorama of data access and reuse. A significant case is that of the scientific documentation to be delivered to the MiC at the end of the archaeological field investigations: not being detailed by central guidelines, it was, until a couple of years ago, very heterogeneous. In particular, the request to produce georeferenced plans of the investigated areas which constitute the base for a national archaeological map that can be easily updated and implemented over time, was not widespread enough.

In Italy, the legislation establishes that archaeological excavations are a state prerogative, which is exercised through the Ministry of Culture, whose fundamental task is the protection, use and enhancement of cultural heritage. These activities are coordinated by the General Directorate for Archaeology, Fine Arts and Landscape (Direzione Generale Archeologia, belle arti e paesaggio – DG ABAP) and, specifically, through its excavations and protection service (Servizio II – Scavi e tutela), which represents the central point of reference for the peripheral offices, the Superintendencies, who carry out archaeological protection activities across the Italian territory. The latter are holders of the scientific direction of research, both in the context of excavations and other planned interventions, and in the case of preventive and emergency archaeology. The same Superintendencies also have the task of archaeological supervision during the development-led archaeological fieldwork.

Nevertheless, these kind of excavations – in which more frequently new archaeological finds emerge – are rarely carried out by the internal staff of the Ministry. They are, in fact, normally carried out by private companies or freelancers with funds allocated by the clients of the works to be carried out. Planned archaeological research activities, on the other hand, are carried out by universities and other research bodies, both Italian and foreign, which can conduct field activities only under a ministerial concession, which shifts the scientific direction from the MiC to the concessionaires themselves. The above, highlights how archaeological data collection and management in Italy are entrusted to various subjects: government, professionals and research bodies, involved with various tasks during the steps of research.

Toward a wider archaeological data sharing

Thanks to the activities carried out by the ARIADNEplus project, an important step has been taken towards the possibility of recording, archiving and consulting archaeological documentation homogeneously, allowing a wider data sharing between professionals, researchers and people who are simply interested in the subject. The project, indeed, has pushed the standardisation process using as starting point the case of archaeological research activities conducted under ministerial concession. The request for standard requirements in data delivery concerning this specific type of archaeological investigation, has facilitated the achievement of homogeneous data. Implementation of the project began upon signature of an agreement between the Central Institute for the Archaeology (ICA), the Central Institute for the Union Catalogue of Italian Libraries and Bibliographic Information (ICCU) and PIN – VastLab – Polo Universitario di Prato in 2017. The agreement was further strengthened in August 2018 by the EU Commission’s approval of the ARIADNEplus project, to which ICA joined as an affiliated entity of ICCU. Within the ARIADNEplus project, the the web platform engineered by the CNR-ISTI of Pisa, represents the Italian pilot experiment for the creation of the geographic database that enables searching information through a map. 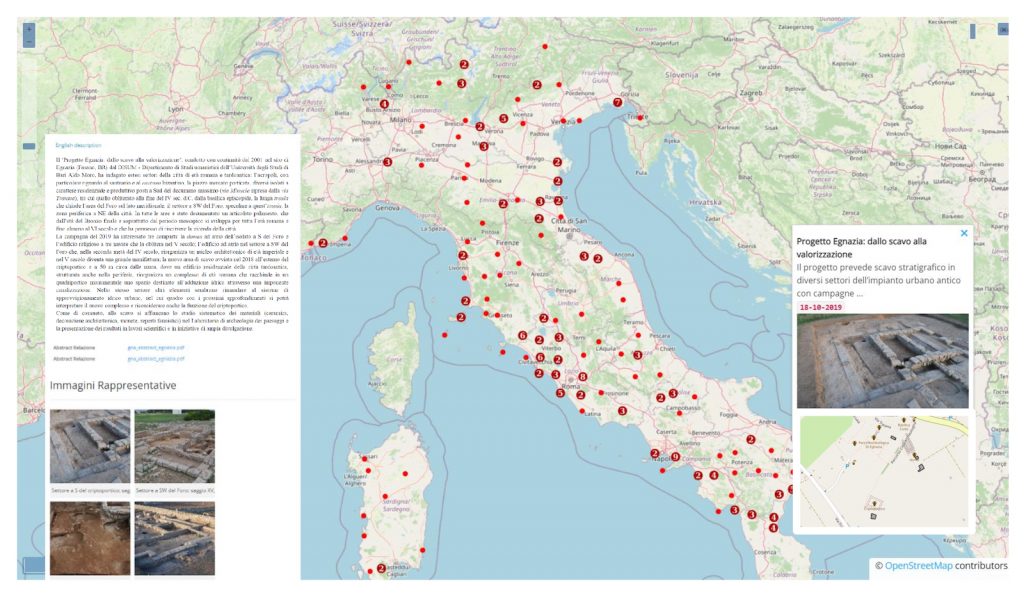 Fig. 1 – The web platform engineered by CNR-ISTI for the management of the archaeological research activities conducted under ministerial concession

The technological infrastructure was entrusted to the NemiS laboratory, which is experimenting a cartography-based data research and management (Fig. 1). The abovementioned cooperation among ICA and CNR has brought forth a qualified system concerning – as already mentioned – the Italian data about the excavation concessions but it is set up to archive, also, other types of data. The fruitful collaboration and the creation of this first portal, allowed to study the different crucial aspects for the evolution of a portal that will contain multiple data, and it will represent a significant step forward for accessing archaeological data in Italy.

This significant experience is part of a broader project of standardisation carried out in Italy aimed at the online release of the National Geoportal for Archeology (GNA), that will represent the national access point to accommodate and consult both archaeological interventions carried out under the scientific direction of the MiC (preventive archaeology, assistance excavations, fortuitous finds and planned excavations) and archaeological investigations conducted by universities and other research bodies. The collaboration with the ARIADNEplus consortium is giving to the GNA project an international framework, allowing it to analyse and adopt standards and guidelines that have already been successfully adopted in other countries and – on a scientific level – lay the foundation for a real interoperability between archaeological databases created in different countries.