Following a review of the latest updates to the ARIADNEplus Portal and the imminent arrival of several batches of new data, the project has adopted a national roll-out approach so that as data becomes available from specific partners, each in turn disseminates to archaeologists in their territories. This has the benefit of building the audience in stages and allows us to test and evaluate different dissemination approaches. The enhancements to the map (where) combined with the timeline and filters has created a powerful tool in its own right as illustrated by ADS in their Twitter campaign which ran over 5 days and used examples of data searches to attract new users from the ADS estimated audience of around 40,000 followers. One of these examples which uses the ADS data is as follows:

The map-based search is a very powerful research tool, when combined with subject type.

Here is the distribution of wrecks off the East coast of England: 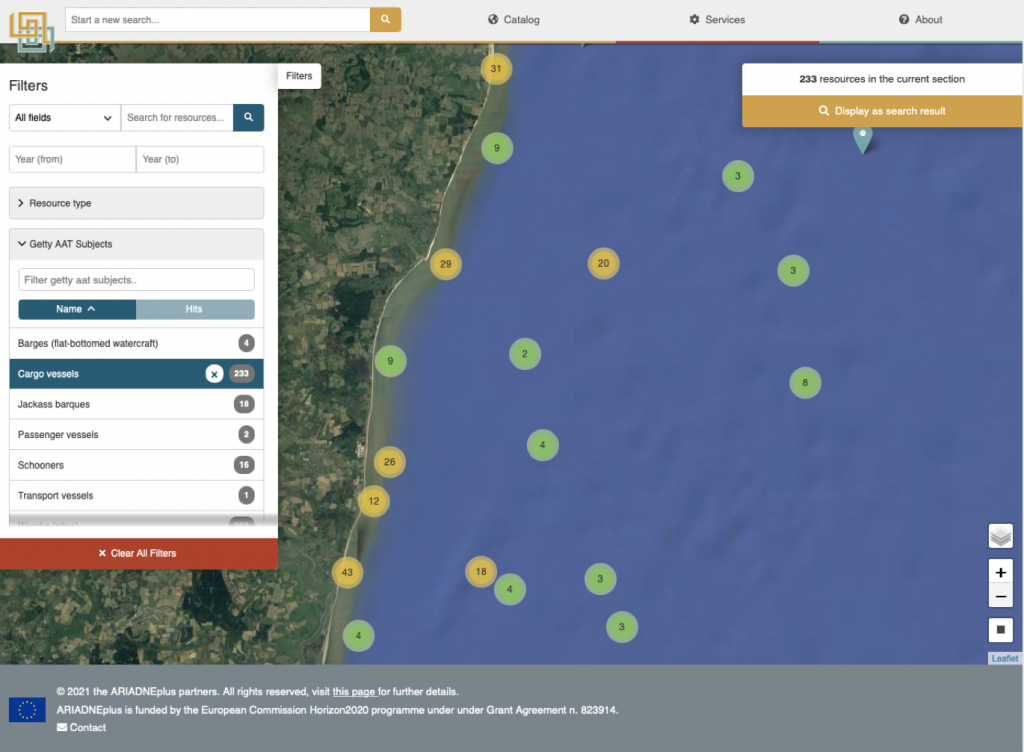 The image at the top shows the timeline and frequency of data supplied from the UK and the Netherlands relating to “brooches”. These appear to have been most popular between 200 and 800 AD.

The web visitor statistics showed a large upswing in the number of visitors to the Portal with over 380 new users over the 14 days during and after the campaign. Slovenia also carried out a dissemination campaign later in April and also attracted some new users, nearly doubling their visitor rate. As more data becomes available, the possibilities should also increase so that trans-national searches can be performed for data relating to specific sub-areas, for example. Later on, more services will be added – these too will be announced as they become available. The addition of the geo-based services are particularly anticipated to add significant functionality to the Portal.