Epiacum: A case study in relating artefacts to a site (and the value of geo-referencing)

Epiacum is a Roman Fort located near the town of Alston, Cumbria on the border with Northumbria. It is unusual, being lozenge shaped and with impressive earthworks of banks and ditches and is relatively unexcavated. The fort is also known as Whitley Castle, this name being derived from the nearby Manor of Whitlaw.

This example of using the ARIADNE Catalogue illustrates the usefulness of the map tool and geo-referencing of resources, showing how:

Starting with a text search for “Epiacum”, five resources are found. These are all Historic England records which refer to fieldwork on the ramparts dated 1957,  two excavations dated 1810 and 1828, and one which links to a Historic England Research Record entitled “Whitley Castle Roman Fort” with useful references. Three of the resources are usefully entitled Whitley Castle (Epiacum?) indicating the alternative name that the search was started with.

Next, using “Whitley Castle” as a search term finds 22 results, including those mentioned previously. These include several additional Historic England records, one referencing the 2007-08 survey,  another a report on a geomagnetic survey carried out by Durham University in 2009 and an archaeological investigation by English Heritage as well as a palaeoenvironmental investigation rom 2010.

Each of the results are displayed on the map with quite a few nearby resources shown: 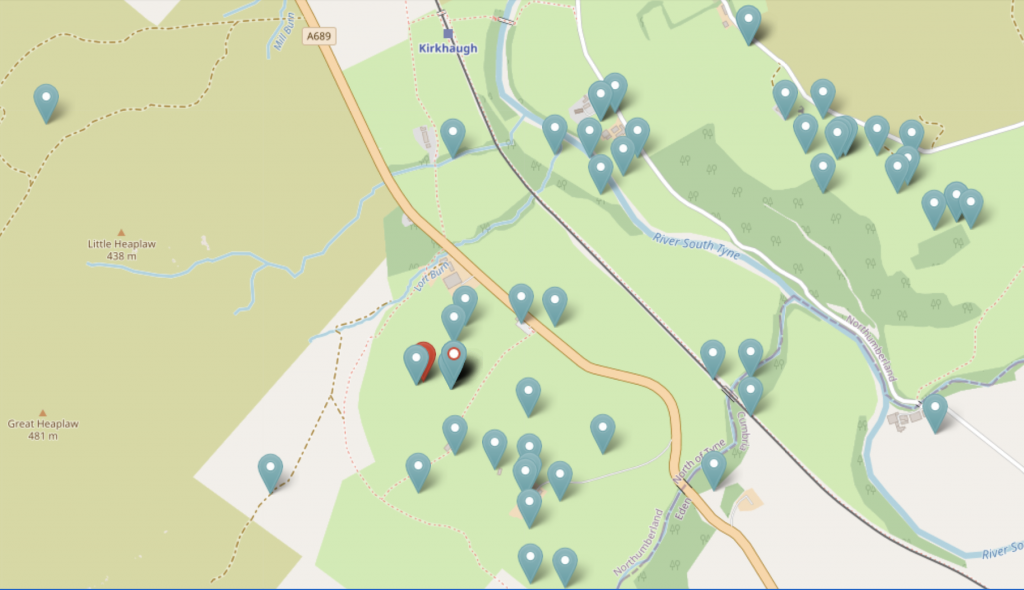 Using mouse-over to reveal the titles of these neighbouring resources reveals some new ones:

This Archaeological Evaluation (2018) resource could have been missed as the name in the title is misspelt and the location referred to is the name of the farm on whose land the Roman fort is located. 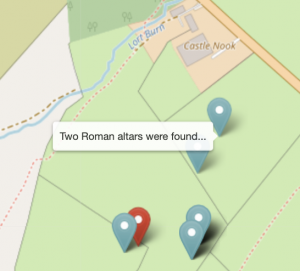 Included in the 22 results for “Whitley Castle” is the resource “Altar, Knaresdale with Kirkhaugh” which refers to two stone altars found around 100m NE of the fort.

Next to this resource is a second one entitled “Two roman altars were found…” which was not included in the results as the Parish name of “Knaresdale with Kirkhaugh” was used as the location and not “Whitley Castle” nor “Epiacum”. This record also mentions a (lost) third altar and that some coins were also found which is additional information.

In summary, geo-referencing has proved invaluable for locating resources relating to a specific site of interest where different location and site names have been used over the years.