In a first for ARIADNEplus, archaeological data from Argentina is now available online. IDACOR (Instituto de Antropología de Córdoba) has uploaded just over 2,500 records from two collections to the Portal. The first collection is from BADACOR (Base de Datos Arqueológica de Córdoba) and is based on fieldwork from the Province of Córdoba (in central Argentina). Over 2,000 records cover a time period ranging from around 10,000 BCE to the mid-1700’s and link to the (Spanish language) fieldwork summaries for each excavated site in BADACOR. The value of this data in ARIADNE is the identification of sites in this region which can be filtered by location, time periods and main features such as graves, rock shelters and rock art and site purpose, e.g. Jesuit settlements, industrial activities and cemeteries. Each record has a link to the Suquía repository where a full (PDF) form can be downloaded.  Each form includes a bibliographic reference or authority who can be contacted for further information. Most of the references are also available as open access in Suquía. 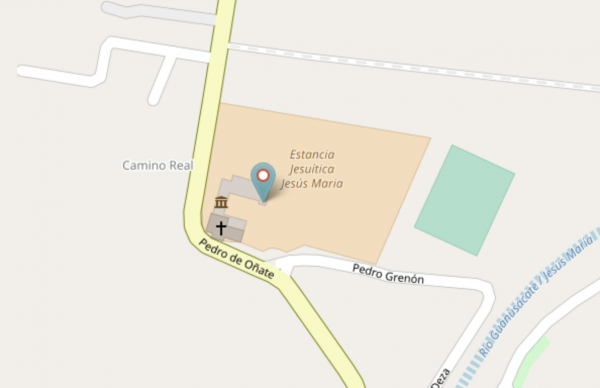 The other smaller dataset is from the Colección Alemandri, artefacts from the Patagonia region. These consist of various objects from the Museum of Anthropology (Faculty of Philosophy and Humanities, National University of Córdoba, Argentina) such as bolas (stone projectiles), tools for leather working and mortar pestles from up to 8,000 years ago. Each record contains one or more images of the item. 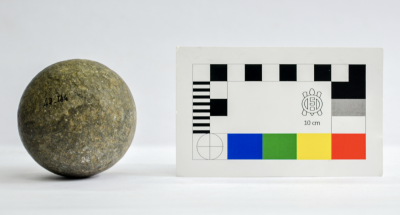 A bolas, a spherical stone from Patagonia used to hunt animals.

Example: Bolas – spherical stone projectile from Patagonia used to hunt animals by native Indians. Two to three bolas are usually attached to straps which are swung around and thrown at the prey with the purpose of tangling the legs, enabling capture.

IDACOR is a research unit formed by CONICET (the Argentinian National Research Council) and the Universidad Nacional de Córdoba. The National Council for Scientific and Technical Research is the leading institution in science and technology in Argentina.